Exoplanets and their Host Stars Course

Over the last week I have been at the Exoplanets and their Host Stars STFC course in Oxford. Since officially starting my PhD in October this was my first field trip, if you will, to meet with other astrophysicists and get a face to face update on what we are learning and discovering as we work. I was amazed to discover the breath of information we can gleam from one continuous data set, like those obtained by the Kepler mission. From the structure of the interior of the star, to activity on the surface, and out to the planets that orbit it. 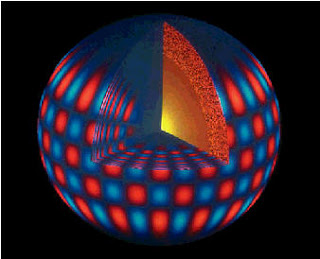 The course was intense; it has been a long time since I had to sit down in lectures all day, however, for the most part with the help of caffeinated beverages I made it through. The key to an engaging presentation, it seems, is pure enthusiasm and love for the work that you do. It is these presentations where I truly feel I have learnt something and in particular during this course, from Don Kurtz and Bill Chaplin who spoke about Asteroseismology, increasing my awe at what we can observe from so far away. If you go on a course like this, which to some extent is specilized, it is important that you do not just focus on those subjects that you specifically work on. This course introduced to me the extent at which our understanding of other physical process appear in our data and how we need to incoroprate all of this knowledge in order to produce the full picture. 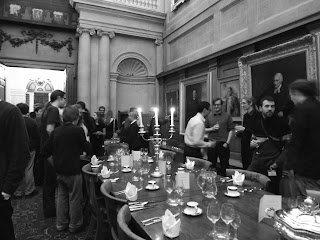 We were all lucky enough to have a dinner on the Thursday night at All Souls college in Oxford. Unfortunately the organizer forgot to tell us before that there is a strict dress code, and it was quite an experience to walk into one of the most prestigious colleges at Oxford surrounded by people in jeans and tee shirts. It was a fantastic meal and the tradition of passing around a bottle of port at the end of the meal until it has all gone is a great one. We then headed out to the town and that is where my memory of the, what I am told was a great night, ends. However, some pictures and stories the next day seem to have filled in most of the gaps. 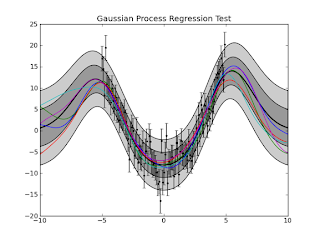 During the week we also split up into groups to do our own projects which we then had to present to the rest of the course participants. I and a number of others worked with Neale Gibson and Steve Roberts on Gaussian Processes a subject that is still way over my head. I bit the bullet and introduced our presentation hopefully giving everyone a much dumbed down version of what we had been told during a lecture by Steve Roberts earlier in the week. I was then able to hand over to other members of the group who had applied it to their data demonstrating how it could be useful for all participants to look at. I am greatful for the oportunity to work on it for the four hours we were given with people who know it best. I fully intend to use it in the near future, but I think four hours of working on it will never have given me a full understanding, though it was a good start.

I am now very much looking forward to the National Astronomical Meeting at the end of the month in Manchester where I am presenting a poster.
Posted by Hannah Wakeford at 17:54