Life, the Universe, and Everything!

The Universe, be it alone or one of many, is big. Really big! So big in fact, that there is no way that we could ever see it all from our small blue dot no matter how hard we squint.


The history of events in the universe plays a vital role in life here on Earth, or even out there, on one of the vast number of worlds discovered and un-discovered.  In a new paper Marcelo Gleiser, professor at Dartmouth and popular science writer, the history of the universe is divided into four ages.  Each of these stages mark a different era of universal evolution which continues beyond the start of the next stage and well into the future.
The Physical age

“In the beginning there was nothing. Then it exploded.” – Terry Pratchett

The era of cosmic emergence spans from the instant our universal bubble was populated with energy to the formation of stars and galaxies. From the great cosmic soup, interactions governed by gravity, electromagnetism, and the strong and weak nuclear forces, help form the light nuclei and at around 400,000 years, the first hydrogen atoms were formed. Denser regions of material coalesced under gravity and after 200 million years the first supermassive stars were born. The first galaxies soon followed and interacted with each other to form the larger galaxies such as our own each with the chemical ingredients necessary for life to begin.

“The nitrogen in our DNA, the calcium in our teeth, the iron in our blood, the carbon in our apple pies were made in the interiors of collapsing stars. We are made of starstuff.” Carl Sagan 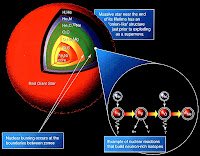 Our galaxy is littered with an array of inorganic and organic molecules created by the stars themselves. The chemical age marks the era between the formation of the heavy elements in the stars to the prebiotic chemical processes that lead to the biological age. Gleiser goes into detail about the synthesis of amino-acids and the network of reactions that govern the replication of molecules necessary for life to begin. The timeline for this, although requires heavier elements, is not restricted to the Earth alone. It could have been sparked long ago on another planet, perhaps in another galaxy far far away.

"An American monkey, after getting drunk on brandy, would never touch it again, and thus is much wiser than most men." Charles Darwin 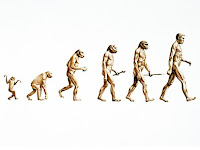 The age of Darwinian natural selection.The line between the chemical age and the biological one is blurry though the jump between simple biological molecules to a living cell is a good indication that you are in the era of biological development. It is even at the simplest level that Darwinian natural selection gets to work though it is not a fast process. It was not until 1 billion years ago that multi-cellular organisms emerged on Earth and around 400 million years later that the first animals start to appear. After 500 million years of evolution, on Earth at least, the process of natural selection lead to self-awareness and the manipulation of the environment around us bringing us into the cognitive age. 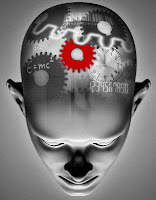 Our ability to think, manipulate the environment to our advantage, and to create art and technology, form the basis for the definition of cognitive intelligence and the most recent age in the lifetime of the universe. This leads us to the ultimate question, of life, the universe, and everything! Are we the exception or are we the rule?
A number of astrobiology studies have been conducted using earth shine on the moon to see what signatures are conducive to intelligent life (http://arxiv.org/abs/1203.0209;http://adsabs.harvard.edu/abs/2009ASPC..420..371S) . Though out of the multiple planetary candidates found thus far none have shown more than the simple potential for organic life to exist. If cognitive lifeforms do exist within our galactic neighbourhood then listen out for their radio signals like the SETI program (SETI @ home: http://setiathome.berkeley.edu/).


Marcelo Gleiser takes something as large as the universe and easily links its origins down to the tiniest of electrical processes that go on inside our brains and our connection to those around us that make us self-aware creatures on our lone rock in a sea of other worlds. He concludes  by saying "Search we must, if only as a directive of our own intelligence and with a quote from Carl Sagan;


"absence of evidence is not evidence of absence".

From the Cosmos to intelligent life: The four ages of Astrobiology http://arxiv.org/abs/1202.5042

Thanks to NASA for the use of their images.
Posted by Hannah Wakeford at 18:46