My favourite law of physics 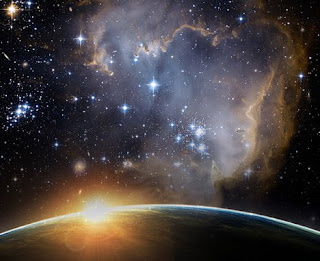 Recently I was asked, somewhat strangely I might add, what my favourite law of physics was. Given little or no time to ponder my answer I sifted through all the basic laws I could remember and picked one from random and blurted out the 1st law of thermodynamics. It didn’t seem to matter what my answer was, however, as the interrogator quickly moved onto questioning me about the constellations and could I name them all. However, upon reflection, and a quick trawl through some old text books, I realised that I completely agree with my swiftly conjured answer on half remembered facts; and here is why.
The 1st law of thermodynamics states,

Don’t worry I switched off somewhere in the middle there too.
What this is saying in its scientifically concise yet round-about way is that, all energy is conserved it can be changed or transferred by never created or destroyed inside a closed system.
So imagine a torch, powered by batteries, when the torch is on the chemical energy from the batteries is converted to electrical energy in the wires to light and heat in the bulb. The energy that you get out is the same as you put in, though not all of it necessarily is converted to the desired form of energy, in this case light, but is also converted to heat in the wires and the bulb.
Now consider this, if we extend that energy input to encompass the energy you put in to turn on the torch and in turn the food that created that energy stored in our muscles and that then stored in the food, and so on. Where do we stop? How far could we extend the limits of the input energy to that which is output?
The answer to this is why I think that the 1st law of thermodynamics is my favourite.
In truth we can extend that system to the beginning of the universe. I am not kidding. All of the energy around us from the heat pumping from our computers, to the energy holding our cells together, and the light of 100 trillion billion twinkling stars can be summed up and is the same now as it was in the infinitesimally small amount of time when our universe flashed into existence. All energy encased in the closed system that is our 13.7 billion year old universe is equal to the energy that existed in the very first moment of time.
It is quite possibly the most positive and optimistic law in the universe, a promise of eternal actuality. Our bodies, the energy holding our atoms together, the electrical impulses in our brain interpreting what you are reading has been around since the universes birth and it will exist right until the very last.
One of Carl Sagan’s most famous quotes from Cosmos: A Personal Voyage is,

“We are all made of star-stuff”

The matter and energy that make up our bodies, our being, has changed form and location; from gas, to stars, to planets, to life, and it will continue to do so long after our bodies go into permanent retirement. But the energy that once made us alive will go on to be something new, grass, a tree, a bug, a bird, and eventually part of a dying star, or part of the birth of a new one; from here until eternity.
What is your favourite law of physics?
Posted by Hannah Wakeford at 22:41