Every day for the last 18 years the beauty of the Sun has been brought down to Earth with the help of the Solar and Heliospheric Observatory (SOHO).

Since its launch in 1995, SOHO has been in orbit around the L1 point 1.5 million km from home at a gravitationally stable point between the Sun and the Earth.
It has an un-obscured view of the Sun from its photosphere to the extended corona and winds, allowing us to investigate solar dynamics from the core to the Sun’s effect on the Earth.


Friday March 1st will mark the 6300th day of its mission and baring a minor incident in 1998, which resulted in the loss of all three of its gyroscopes, it has been continuously monitoring the Sun and its output for us to analyze and understand.

In its near two-decade mission SOHO has also found over 1,500 comets using the Large Angle and Spectrometric Coronagraph (LASCO), and although not part of its original purpose, has become the most prolific comet finder in the history of astronomy.

LASCO along with the Extreme ultraviolet Imaging Telescope (EIT) monitor the Sun over a wide range of wavelengths from the solar corona out to 30 solar radii with LASCO C3. This has provided us with amazing images giving us time series observations of large-scale structures evolving from sunspots out to coronal mass ejections and their influence on the earth through solar wind propagation.

The main payload module was assembled in Portsmouth, UK, which contains 12 instruments; 9 from European agencies, and 3 from the USA. These each monitor the Sun over three categories; 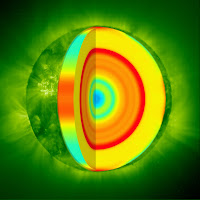 SOHO has had a huge influence on our scientific understanding of the Sun with over 7,000 papers referencing its data in the SAO/NASA Astrophysics data system since its launch in 1995. These span a wide range of topics from the mechanisms behind the acceleration of the solar wind, out to analysis of exoplanet host stars in comparison to our own.
SOHO is a true international collaboration between ESA and NASA and with an original mission lifetime of two years it is now one of the longest running and most successful missions of all time. Its latest mission extension takes it up to 2014 but I have a feeling that no matter the official dead line SOHO’s knowledge and legacy will be around for decades to come.

The entire SOHO archive is available to download from the Internet with high quality images that can be used for a number of principle scientific investigations or just to make a pretty background for you desktop.
My personal favourite data collection is the Halloween Solar storm of 2003
(2003-10-24 to 2003-11-03)
http://sohodata.nascom.nasa.gov/cgi-bin/data_query

Mission pages can be found at;
ESA http://sci.esa.int/science-e/www/object/index.cfm?fobjectid=30854
NASA http://sohowww.nascom.nasa.gov/home.html
Each with detailed links to the different instruments and numerous photo galleries to see some more like the sample on this post.


Posted by Hannah Wakeford at 16:02 No comments: 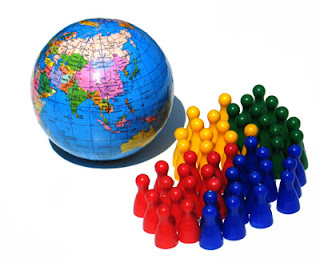 As I come down from the sugar high of fat Tuesday, and the copious amounts of pancakes consumed in a last chocolate filled meal for the foreseeable future, I started thinking. While I starve myself of M&M’s, cream eggs and an assortment of other chocolaty treats for lent what else can you do with 40 days other than contemplate giving up on giving something up.

There are 960 hours in 40 days and let’s say that we spend 7 hours a day sleeping; that still leaves enough time to watch the whole Star Trek franchise, all six Star Wars movies, the three Lord of the Rings extended editions, and still have time to catch up on Game of Thrones before the next season starts on Easter Sunday.

But let’s be more realistic, while the Earth spins away on its axis granting us 40 days and 40 nights it is traveling just over 9% of its annual procession around the Sun. In this time the International Space Station and its inhabitants will orbit the Earth a staggering 640 times traveling a distance of over 8.5 million miles. If you think that is a long way, in 40 days Voyager 1 will have travelled a further 37 million miles away from our solar system stretching the boundaries of humanities reach at 35 thousand miles per hour. If we head out further afield 40 days takes on a whole new meaning. In just 40 days 12 years will have gone by on Alpha Centuri Bb our closest exoplanet neighbour, where an equivalent portion of its year would last only 8 hours. Now even the most chocoholic of us could last that long.

If that is not enough to make you think; over the next 40 days there will be nearly 4 million commercial air flights from over 9,000 airports, over 160 million cups of Starbucks coffee will be sold in America, and the world’s population will increase by over 8 million.

40 chocolate free days don’t seem so strange now do they? 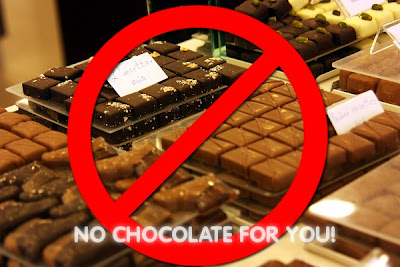 Posted by Hannah Wakeford at 00:14 No comments: 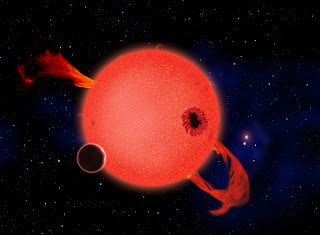 The Harvard-Smithsonian center for astrophysics announced yesterday in a press release that, “Earth-like Planets Are Right Next Door”

This title like many press releases from the exoplanet community, of which I am a part, is not only misleading but also spiraled through various media outlets producing a black and white picture from a vibrant image.
Here are just a few of the headlines released from the reasonable, given the title of the press release, to the absurd, making me think that they have not even gone and read what they have written about. The depressing thing is the FOX News title is not the worst!

Universe Today - Earthlike Exoplanets Are All Around Us

The Telegraph - Nearest Earth-like planet 'in our own back yard'

The LA Times - Earth-like planets — and aliens? — may be closer than we thought

“Dressing identified 95 planetary candidates orbiting red dwarf stars. This implied that at least 60 percent of such stars have planets smaller than Neptune. However, most weren't quite the right size or temperature to be considered truly Earth-like. Three planetary candidates were both warm and approximately Earth-sized. Statistically, this means that six percent of all red dwarf stars should have an Earth-like planet.” 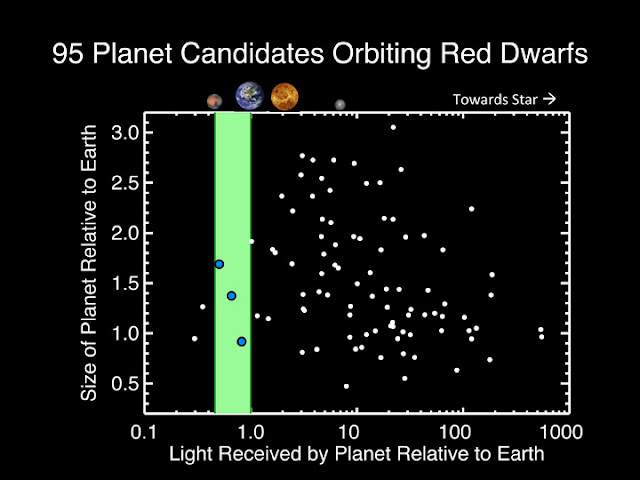 This sets the definition that they use for Earth-like as both warm and Earth-sized. The term warm implies that the temperature is in what we call the Goldilocks zone where liquid water can condense at the surface of the planet. This definition of the habitable zone, however, does not imply habitability; as we know from our own solar system both Venus and Mars are on the edge of our suns habitable zone and whilst there is still a margin, albeit a very fine one, for life on Mars, we know that Venus certainly has none. The second term Earth-sized relates to the apparent radius of the planet, which is measured relative to the known radius of the star. This is generally accepted to be up to three times the radius of the Earth, as any larger and it would be considered a Neptune or mini Neptune sized world.

Though as Courtney Dressing the author of the paper and press release pointed out, ‘You don't need an Earth clone to have life,’
This is an important point as some of these worlds will be so close to their star they may be tidally locked, meaning that one face is always towards the star and the opposite face is always encased in darkness. This may seem like a truly alien world for life to evolve, but under the right atmospheric conditions and planetary topography, temperature can be efficiently redistributed and an Earth-like world can be born, where Earth-like simply means is rocky and has things living on it.

It is important that we keep looking and keep discovering what weird and wonderful situations the universe can cook up but I fear for the day that we do find a world that is truly habitable and that there will be no uproar, no discovery party, and no wonderment, because as far as the public is concerned we would have already found hundreds and known about their absolute existence for years.

The media deals in black and white, while science is amazing in all its technicolor.

The press release from the Harvard-Smithsonian Center of Astrophysics can be found here http://www.cfa.harvard.edu/news/2013/pr201305.html

IMAGES ARE FROM THE HARVARD-SMITHSONIAN PRESS RELEASE
Posted by Hannah Wakeford at 17:39 No comments: