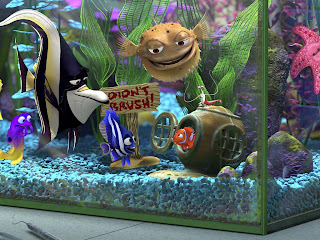 Head three and a half miles off the coast of Key Largo in the Florida Keys National Marine Sanctuary, nearly 20 meters below the water resting on the seabed is NEEMO. No not the fish, but NASA’s Extreme Environment Mission Operations laboratory Aquarius.

Aquarius is one of the extreme Earth based environments where NASA trains its astronauts and equipment for future missions. It is a 43 x 20 x 16.5–foot cigar tube, housing six bunks, a shower and toilet, instant hot water, a microwave, trash compactor, and a refrigerator even air conditioning and computers linked back to shore by wireless telemetry (1). Owned by the National Oceanic and atmospheric administration (NOAA) and managed by the University of North Carolina in Wilmington, Aquarius is the world’s only underwater research station.

Since 2001, NEEMO has supported 16 multi-week missions to Aquarius to simulate the cramped, yet isolated environment experienced on a space mission. Using techniques similar to those used in the Neutral Buoyancy Laboratory in Texas, where astronauts train for EVA’s (extra vehicular activity) the water allows them to simulate a variety of different gravitational scenarios. Buoyancy control in specially adapted suits allows the aquanauts to simulate low gravity situations such as on the moon or an asteroid and the opportunity to test exploration operations and hardware for truly alien terrain. The NEEMO missions have helped improve communications and health procedures on board the International Space Station and in the future the techniques learned here will allow us to explore even further.

When diving you have to carefully monitor your depth and time to monitor how much gas is being dissolved into your blood in a process called on-gassing. When a diver has been underwater, at any constant depth, for 24 hours or more their body is fully saturated, meaning that no more gas can be dissolved into the blood. This allows the aquanauts to stay underwater inside and outside the pressurised environment of Aquarius for weeks at a time, as the amount of decompression time needed to ‘off-gas’ can be easily predicted, and the risk of getting decompression sickness is reduced considerably.

NEEMO-9 still holds the record for the longest mission with a four-person crew spending 18 days in Aquarius performing experiments from telesurgery with imposed communications delays of up to 3 seconds to simulate communication with the lunar surface, to lunar surface training on the ocean floor using weights on their suits to improve balance in the one-sixth gravity environment on the moon.
I asked NASA astronaut Ron Garan, who was part of the NEEMO-9 crew and astronaut with STS-124 and Expedition 27/28, what the main difference was between being in space and training underwater on Earth. He replied, “The main difference is underwater when you are upside-down you feel it. In space there is no down.” Garan spent 6 months on board the International Space Station in 2011 he said, “it is hard to compare the two, but both [being underwater and in space] were amazing!”

NEEMO allows us to explore an analogous environment to the extremes of space not only for the equipment we use but for the people we send there and missions like these will determine the future of space exploration and the limits we can go to.

Also check out the NASA NEEMO mission page for up to date blogs about the missions - http://www.nasa.gov/mission_pages/NEEMO/index.html

and the Neutral Buoyancy Laboratory web page for information on EVA training for astronauts - http://dx12.jsc.nasa.gov/site/index.shtml

IMAGES ARE FROM: Disney Pixar, and NASA
Posted by Hannah Wakeford at 13:36