What I learnt at Exoclimes III 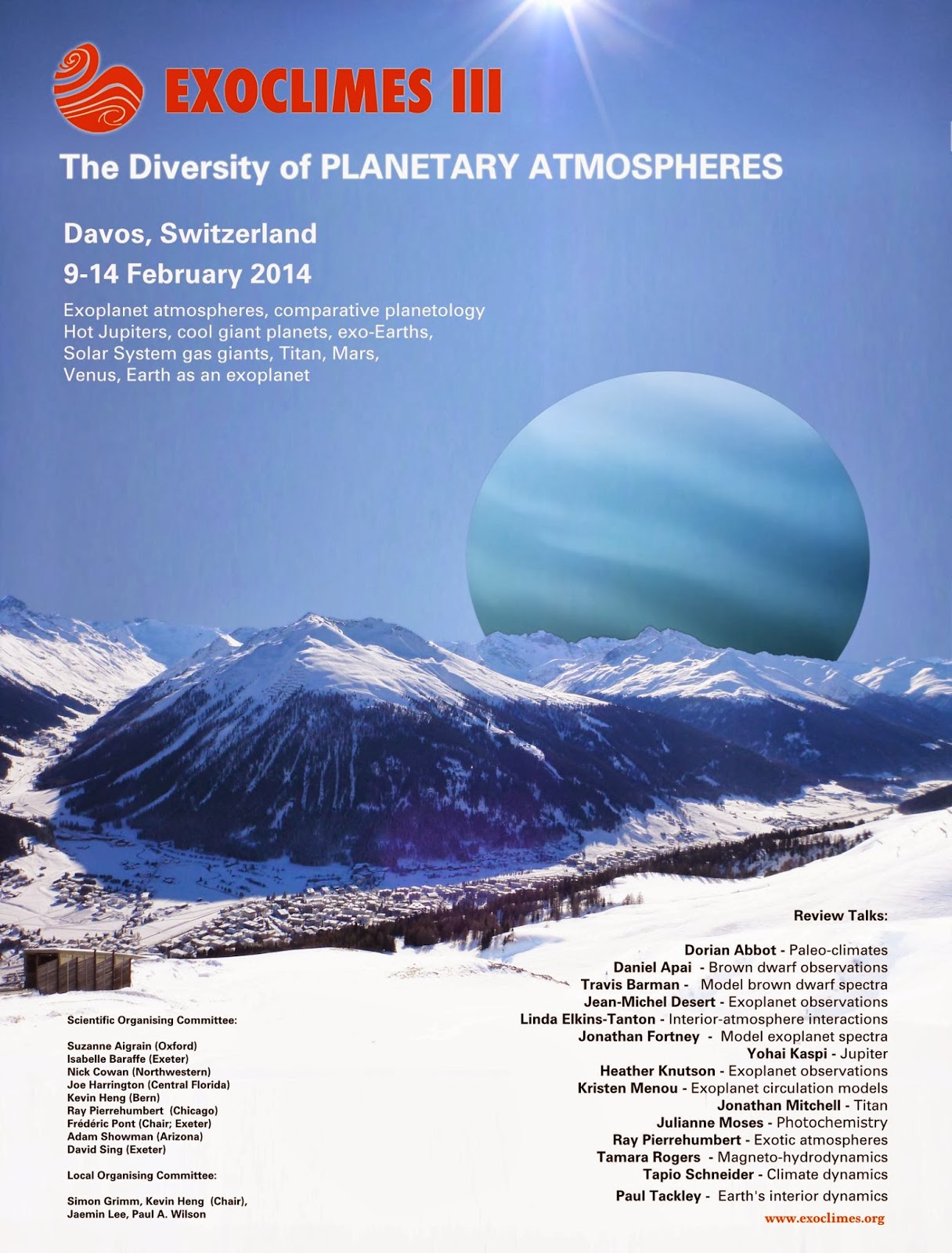 Over the past week I attened the biannual planetary and exoplanetary climates conference Exoclimes. This year it was held in Davos in the east of Switzerland.

The conference itself brings together experts in the field of planetary atmospheres from our own system and beyond, to exoplanets and brown dwarfs. It also importantly brings together both theorists and observers in an effot to share knowledge, promote understanding, and grow collaborations.
But as I have done with previous conferences I attened I thought I would share some of the
"Things I learnt fro Exoclimes III" with you now.

Overall it was a really great week and I can honestly say I learnt a lot more than just the highlights I have shared above. As my first international conference it was also a fantastic opportunity to meet some collaborators and hopefully make a few more and I am looking forward to being able to go to Exoclimes IV in 2016 (if I can get a post-doc).

Also check out the website for links to most of the talks and the posters http://www.exoclimes.org.

This is mine :D 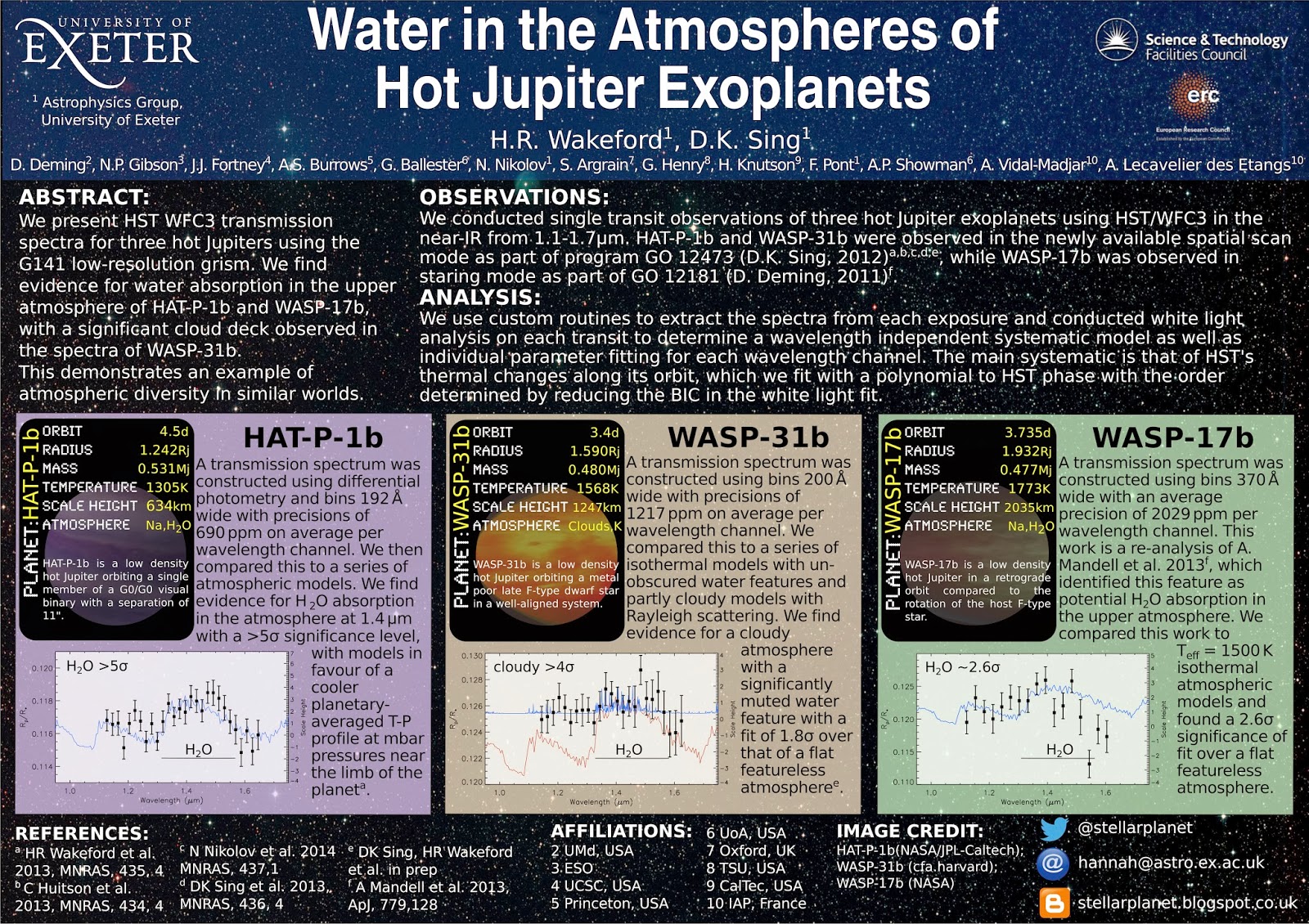 Posted by Hannah Wakeford at 23:36 No comments: