PanCET is the largest exoplanet observation program ever to be run with the Hubble Space Telescope. Now, PanCET stands for the Panchromatic Comparative Exoplanet Treasury and is a program which consists of 498 HST orbits (that is 32 solid days of Hubble time), and over twice the size of any Hubble exoplanet program that has come before it. The aim of the program is to measure the atmospheres of 20 exoplanets, over 3 instruments, in 6 different modes, as they are eclipsed by or transit their stars.

So let me take you through each part of the name to explain where it comes from.

Panchromatic means that we are looking at the atmospheres of these planets over many colors or more accurately wavelengths. This program will combine observations from the UV through the optical and out into the near-infra red. This type of investigation is important to get a complete picture of what the atmosphere of these planets is made of. The UV looks for evidence of Hydrogen escape high in the atmosphere, where some planets appear more like comets with their atmospheres streaming off behind them as they orbit their stars. Observations in the optical take you deeper into the atmosphere to look for sodium and potassium absorption, or evidence of scattering by clouds. And the near-infrared expands this investigation to find evidence of water vapor in the atmosphere which can tell us about the abundance of oxygen. So with panchromatic observations we can probe the Hydrogen oxygen and even in cases the carbon chemistry of the atmospheres from the top to the bottom.

C is for Comparative.

So, we have a nice wide wavelength range but the next part of the name is key, comparative. This program is looking at 20 different exoplanets, from hot jupiters which will be mostly hydrogen and helium, to Neptune and sub-neptune sized worlds where we know little about the composition of the atmosphere and the dynamics of the atmosphere. A number of the planets in the program have been observed before so PanCET is filling in the wavelength gaps and where a planet may have been observed in the optical we are now making observations in the UV and Near-IR, or where a planet is observed in the near-ir we are getting the optical data for it. This wide range of targets and observations allows us to make detailed comparisons between all of the planets and their atmospheric spectra to try and understand how they are similar or different to look for trends in their parameters.

E is for Exoplanet.
So we have a PANchromatic Comparative and I am hoping E for exoplanet is self explanetory. The last part is then "Treasury".


T is for Treasury.

This part is a directive from HST to the scientific community and is defined as follows:


"The goal of these programs is to increase the scientific impact of HST, in part by providing sets of high-level science products to the astronomical community that are useful for addressing multiple scientific topics."

In each HST cycle just over 1000 orbits of HST are awarded to treasury programs so PanCET was not only deemed big for exoplanet science, but science as a whole with nearly half of the total time available. Transiting exoplanets are an amazing resource of information and will be the leading force behind exoplanet discovery and understanding for decades to come and PanCET is just the sprinting start.

Finally, the PIs that lead the program are Drs David Sing from the University of Exeter and Mercedes Lopez-Morales from Harvard University. I spoke to Dr Sing earlier and he said


“I’m very humbled and exited at the opportunity to use of the greatest scientific instruments of all time to look in-depth and explore a whole diverse zoo of planets.”

But importantly PanCET also means bacon in Italian so it is really the Hubble bacon program - bringing in the bacon for exoplanet studies everywhere!

While the team assembled by the PIs will be leading the analysis efforts and working on putting the whole thing together, the data and products made by the team will be available to the whole community. So go explore, investigate, and discovery. Then share what you have learned. 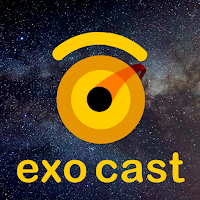 That is up to you and me; each year there is a call sent out for the community to propose to the Hubble Space Telescope and ask what it is we want it to scientifically investigate. As I said this is only the sprinting start of a marathon of exoplanet studies. We need to put forward our ideas and discover what is out there, how planets form, what planets are made of, and how does our little blue dot fit into the grand universe of alien worlds.

And any questions you have about PanCET and its selected instruments, wavelengths, or planets can be asked below.